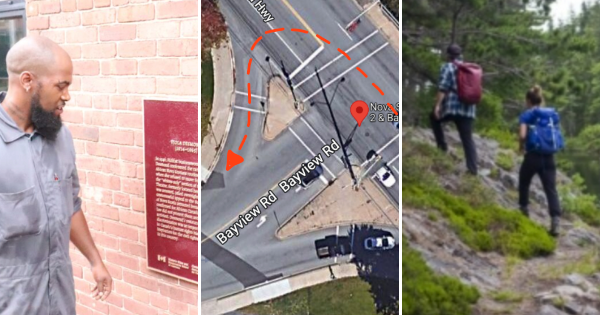 Welcome to Weekend File, with links to all the articles you might have missed last week. Jump to the days: 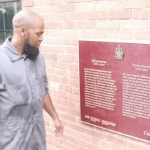 Matthew Byard was in New Glasgow where a plaque was unveiled honouring Viola Desmond. The plaque is outside the former Roseland Theatre where Desmond was arrested in 1946 for sitting in the whites-only section. Byard also spoke with Rev. Dr. Peter J. Paris who grew up in New Glasgow and was 13 years old when Desmond was arrested. Paris said Desmond “became a visible public symbol” of racial discrimination in Nova Scotia. 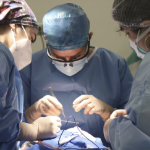 Health care system check up: Is access to health care better or has it gotten worse?

Jennifer Henderson wanted to know how the health care system was doing one year after the Progressive Conservatives won a majority government. Using information provided by communications advisors with the Department of Health and Wellness and Nova Scotia Health (NSH), Henderson got details on hospital capacity, long-term care, ambulance wait times and volume of calls, surgery backlogs, and how many Nova Scotians are waiting to access virtual care. 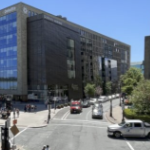 While the Queen’s Marque development nears completion, it looks like there’s a battle in the court system with the developer, a contractor, and a number of subcontractors. Zane Woodford had all the details of that fight over metal panelling, glass, and millions in unpaid bills. 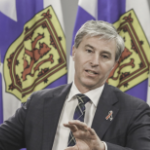 2. Short Snappers from the doggiest days of summer…

In his weekly column Stephen Kimber had some thoughts on some of the news stories in the province this summer, including the abrupt resignation of Tom Hickey, who was to head up one of the two new Crown corporations announced in July. Kimber also took a look at those numbers from Bay Ferries, and what the closing of People’s Park means. 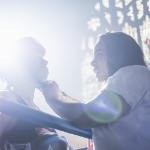 Suzanne Rent loves to learn about the coaching industry. So, after Philip Moscovitch sent her a link to a midlife coach and Yvette d’Entremont told her about a vagina coach, Rent wrote about the coaches selling their services to help women get through midlife, menopause, and their periods. There really is a coach for everything, but is that what women really need? 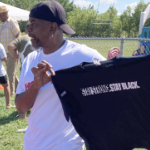 1. Telling the stories of Black culture one t-shirt at a time

Cedric Smiley lives in Antigonish, but grew up in the US. He only recently heard about Viola Desmond and her story about being arrested at a theatre in New Glasgow in 1946. Smiley created a t-shirt to honour Desmond’s activism. It’s just one of the shirts he’s created to celebrate Black culture and honour Black activists in the US and Canada. Matthew Byard caught up with Smiley at the New Glasgow Black Gala Homecoming last weekend. 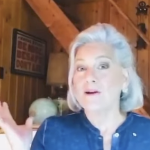 On Monday Lisa LaFlamme, who was anchor and senior editor for CTV’s national news broadcast, shared a video on her Twitter account in which she announced she was no longer with the network. The news of her departure dominated Canadian social media. Ethan Lycan-Lang said while LaFlamme deserved a better sign-off, he doubted the news would reverberate with younger Canadians who really don’t want TV news. “Losing a quality journalist doesn’t fix anything. Changing the way CTV delivers its news, not who delivers it, does,” Lycan-Lang wrote. 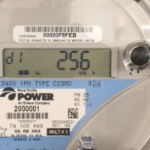 Jennifer Henderson had the latest on Nova Scotia Power, which recently requested a delay to file its 2022 fuel costs update from August 19 to September 2. The utility wanted more time so they and the provincial government can continue discussions on how to prevent power bills from climbing above the 10% increase already proposed. The Utility and Review Board approved that request, and Henderson had details here. 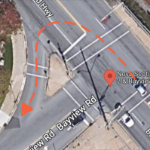 After seeing a driver in Lower Sackville trying to be “nice” by stopping to allow another driver to turn left, Suzanne Rent decided to write about the worst driver habits in Nova Scotia. Forfeiting their right-of-way was just one of those habits. But Rent looked at others, including ignoring yield signs and not merging properly, and explained why you always need to use your signal lights (always). 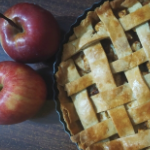 3. The hallowed and ever-sustaining shrine of homemade pies

Evelyn C. White attended the National Black Canadians Summit that was held last month in Halifax. White wrote about the homemade blueberry, cherry, apple, and strawberry-rhubarb pies that were on offer at the dessert table on one day of the summit. White recalls what happened at the summit, including a performance by NDP MLA Suzy Hansen, who wowed attendees with her singing of “O Canada,” “The Negro National Anthem,” and “Glory.” You will want to eat pie after reading this essay. 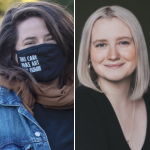 The Halifax Fringe Festival is celebrating its first full in-person festival since 2019, which itself was cut short by hurricane Dorian. And that’s not all — after seven festivals, executive director Lee-Anne Poole will head out the revolving door of Halifax arts org leaders and hand the reigns over to Sara Graham. Both are here this week to talk entrances and exits, why they do the work that they do, the festival’s present and future, and all the details you need to attend. Plus a song from the new surprise Hello Delaware album. 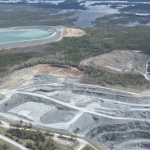 Joan Baxter wrote about the news that the federal government gave into St Barbara’s request for a three-year extension on the environmental assessments for two open pit gold mines it plans for eastern Nova Scotia. That decision comes after the provincial government approved changes to the tailings facility at the company’s Moose River gold mine. St Barbara “seems to be having a run of extraordinarily good fortune when it comes to decisions by government regulators in this part of the world,” Baxter wrote. 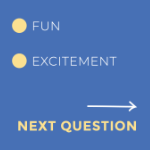 3. Morning File: Is your loyalty to Nova Scotia “fun” or “exciting”?

Philip Moscovitch looked at the province’s new Nova Scotia Loyal program that was launched this week. The website for the program has a quiz, which is actually a poll with a few weird questions asking Nova Scotians about their loyalty. Otherwise, the website seems pretty bleak. “There’s not much else on the website yet, except for a bunch of bullshit phrases like, ‘loyalty endures through dedication,’” Moscovitch wrote. 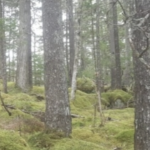 Updates to an old-growth forest policy mean those forests in Nova Scotia will now be protected from logging or other commercial activity. The updated policy takes effect four years after being recommended to government by an independent forestry review led by University of King’s College president Bill Lahey. Jennifer Henderson had all the details on the announcement. 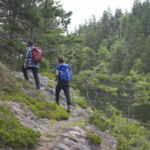 Jennifer Henderson reported on a joint federal-provincial announcement about new agreements that include designating the Blue Mountain-Birch Cove Lakes area as Canada’s first urban wilderness park. Other projects announced were advancing negotiations on a funded Nature Agreement that will include protecting more natural spaces in Nova Scotia and increasing habitat protection for species at risk and migratory birds, and new opportunities for connecting key areas of protected and conserved lands. 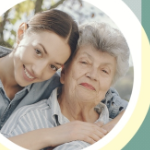 On Monday, Fédération des femmes acadiennes de la Nouvelle-Écosse (FFANE) launched a new handbook for caregivers that provides guidance in French. The guide includes resources, tools, numerous themes, and fillable pages and exercises. As Yvette d’Entremont learned, the guide will be invaluable for French-speaking Nova Scotians who are providing care for family members. 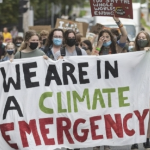 Jennifer Henderson got the details of an announcement by Premier Tim Houston who wants a “made-in-Nova Scotia” plan to replace a federal carbon tax. The details of the plan were shared in a letter to federal Environment and Climate Change Minister Stephen Guilbeault this week. As Henderson reported, Houston said the province’s plan is “better” because it will reduce GHG emissions by a larger amount than the federal tax. This story includes updates with comments from Opposition environment critics Iain Rankin and Susan LeBlanc. 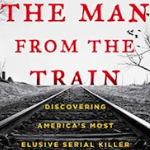 3. Vacation File: Assessing mass murder: How to think about the unthinkable

Tim Bousquet is on vacation, but he still wrote Friday’s Morning File. While he’s visiting family and friends, relaxing, and having a great time, he’s reading a book called The Man from the Train, by author Bill James. The author used his baseball analytics skills to research a rash of mass murders in 1909-1912 in the American midwest, in which entire families were killed while they slept. As Bousquet learned through James’s book, people made up all sorts of narratives about those murders, too. 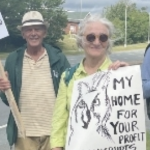 4. Groups rally in Halifax to ask developer for ‘stop and swap’ at Eisner Cove wetland

Suzanne Rent reported on a rally on Friday held by two groups who want to save the Eisner Cove wetland in Dartmouth. The two groups rallied outside the offices of Clayton Developments, which got early approval from the province to start clearing trees at the site. But the groups want a “stop and swap” instead, to not only save the wetland, but to have affordable housing built on a more suitable site. 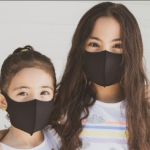 “Is it good enough that instead of smaller class sizes, more physical distance, and proper ventilation students are instead getting promises of more hand sanitizer and windows that might open?” That’s a question Paul Wozny, the then president of the Nova Scotia Teachers Union (NSTU) asked at a press conference in August 2020, the first summer of the COVID-19 pandemic. Jennifer Henderson had the story then on what the back-to-school plan might be for that September.

Now just a few weeks before schools in Nova Scotia open for the 2022-23 school year, parents, teachers, and others have the same concerns. What will the plan be for back to class for September? Still no word yet.

We have many other subscription options available, or drop us a donation. Thanks!

Home improvment, Real Estate and Contractor
When it comes to decorating a room, a well placed accent wall is a great way to create a focal point. The right paint color or pattern can highlight your best features and add depth to your room. Wood accent walls are one of the most effective ways to make your walls pop and spice up your room. An attractive, well-designed accent wall will add much more value to your home than the cost of the wall. Similarly, accent walls increase your home's overall appeal.
We use cookies on our website to give you the most relevant experience by remembering your preferences and repeat visits. By clicking “Accept All”, you consent to the use of ALL the cookies. However, you may visit "Cookie Settings" to provide a controlled consent.
Cookie SettingsAccept All
Manage consent