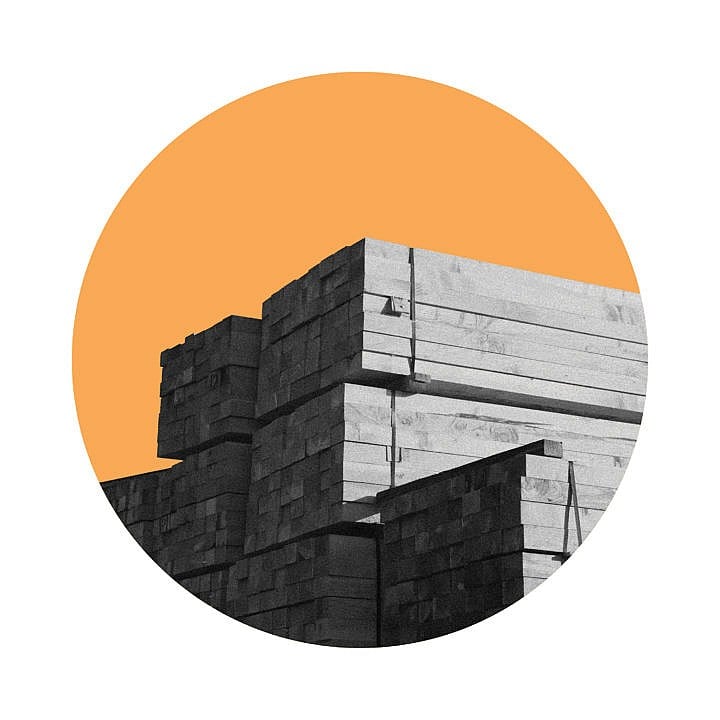 This story is part of our annual “Year Ahead” guide. Read the rest of our predictions for 2023 here.

Despite plunging property prices, housing costs will stay in the stratosphere due to rising rents and interest rates. Grassroots solutions—like community
land trusts and modular buildings—point to a brighter future.

1. We’re due for a massive housing correction

Like some kind of long-anticipated, long-feared poltergeist, it’s finally here—the big Canadian housing downturn. Thanks to relentlessly rising interest rates and declining home sales, both Desjardins and TD expect average home prices to drop 25 per cent by the end of 2023. They’ll still likely be higher than they were pre-COVID, but the provinces that benefited the most from pandemic-induced panic buying—New Brunswick, Nova Scotia and P.E.I.—will probably experience the most dramatic losses. The silver lining? Maybe people under 40 will be able to afford a home one day after all.

Labour shortages, low birth rates and retiring baby boomers have made immigration so vital to the Canadian economy that the Trudeau government has vowed to admit a record number of permanent residents over the next few years. There’s a hitch, though: where is everyone going to live? While more housing is being built in this country than ever before, it’s still not enough to accommodate the booming population. Over the next decade, for example, Ontario alone needs to build at least a million homes, and Metro Vancouver 156,000, just to meet demand. Adding injury to, well, injury, we don’t have enough skilled construction labour to do it.

3. First Nations in B.C. will be leading real-estate innovators

First Nations are using their historic lands in metro Vancouver to reshape the city architecturally, economically and philosophically. MST Development Corporation, a partnership between the Musqueam Indian Band, the Squamish Nation and the Tsleil-Waututh Nation, controls more than 160 acres of traditional territory the nations have collectively reclaimed, which are now the site of stunning housing developments and even a proposed film studio. The Squamish Nation, meanwhile, is developing Sen,ák¯w, a massive, 10-acre project to eventually house nearly 10,000 people in the heart of the city. Because the land is Squamish-controlled, city zoning doesn’t apply. That means Sen,ák¯w will be far denser than would otherwise be allowed—a reclamation of Indigenous authority over traditional land, and a needed injection of housing in a city facing one of Canada’s worst affordability crises.

4. Wood will be the hot new building material on the block

If cool concrete dominated Canadian urban architecture between the 1950s and ’80s, and glass and steel typified the 2000s, then mass timber might define the next few decades. Here’s hoping it does. Mass timber is a load-bearing material, usually made of cross-laminated lumber, which is much more cost-effective than concrete or steel. It’s also greener: the wood is renewable and stores CO2. Mass-timber apartment buildings and office towers are currently springing up all over Canada and the world. They include the University of British Columbia’s Brock Commons student residence, the massive Arbora apartment complex in Montreal and George Brown College’s 10-storey Limberlost Place—Ontario’s largest such structure, slated to open in the summer of 2024.

Canada’s population could reach 52.5 million in the next 20 years, a rate of growth faster than any other G7 nation. Most municipalities agree that the best way to accommodate this boom is through more intensification (leaving aside Calgary’s unfettered urban sprawl and Doug Ford’s beloved superhighway 413). That means taller and denser housing within existing communities. Density is better for the climate, better for the social fabric and better for affordability. Correspondingly, the country’s skylines will be transformed over the next few years. For example: King Toronto—by starchitect Bjarke Ingels, with a striking design hearkening back to Moshe Safdie’s iconic Habitat 67 in Montreal—will open its doors. In Vancouver, we’ll see the Broadway Plan, which calls for new housing that can accommodate up to 50,000 more residents near a new subway line that’s slated to open in 2025.

6. Modular buildings will do for houses what IKEA did for furniture 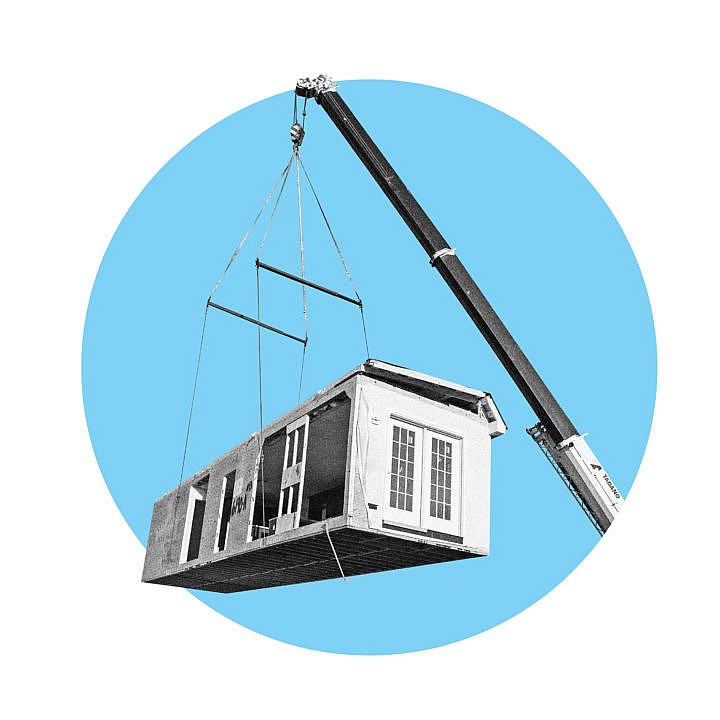 IKEA perfected flat-pack furniture, Casper and Endy the bed-in-a-box. But imagine a whole house that arrives pre-cut and ready to assemble. That’s the promise of the Toronto architectural design firm R-Hauz. The company built, in just seven months, an 18-unit, mass timber building for a transitional-housing shelter in East Gwillimbury, Ontario, and is currently pioneering prefab townhouses. With fixed prices and pre-set design options, they’re designed to come together very fast and appeal to the so-called missing middle of the housing market—buyers who can’t afford a freehold home but don’t want a condo. Modular homes will be popping up across the country in the coming years: such housing is big in B.C. (Click and Nomad Microhomes) and Montreal (Blu Homes, Énergéco).

7. House prices will fall, but rents will rise

At long last, home prices are plummeting, but that doesn’t mean housing is getting cheaper. Interest rates will keep mortgage payments lofty, while rents will continue to climb as supply remains tight. Some provinces, like B.C., have imposed caps on rent increases in 2023, but with costs already sky-high, critics don’t think the measure goes far enough. According to the Toronto Regional Real Estate Board, the average cost of a one-bedroom apartment in Toronto has gone up 20 per cent year-over-year (it’s now $2,481 a month), while rental listings have declined 25.6 per cent. The situation will likely get worse. The number of renters across the country is growing more quickly than owners, especially in cities like Montreal, Quebec City and Halifax, where well over 50 per cent of new dwellings built since 2016 are rented.

8. Battles between NIMBYs and developers will get nastier

As urban intensification intensifies across the country, it continues to run into its old enemy: NIMBYism. In Toronto, battles over new medium-rise buildings are constant. In Ottawa, mayoral candidate Catherine McKenney drew fire during last fall’s mayoral campaign for suggesting they would end single-family residential zoning if elected (they weren’t). Meanwhile, in Pointe-Claire and Dorval, Quebec, temporary development freezes, supported by city officials and many homeowners, have prevented the creation of multi-resident buildings until new master urban plans are created—something at least a year out. Even Pierre Poilievre is leaning into anti-NIMBY sentiment. His proposed housing policy would require severely unaffordable big cities to increase housing development by 15 per cent or lose federal funding. 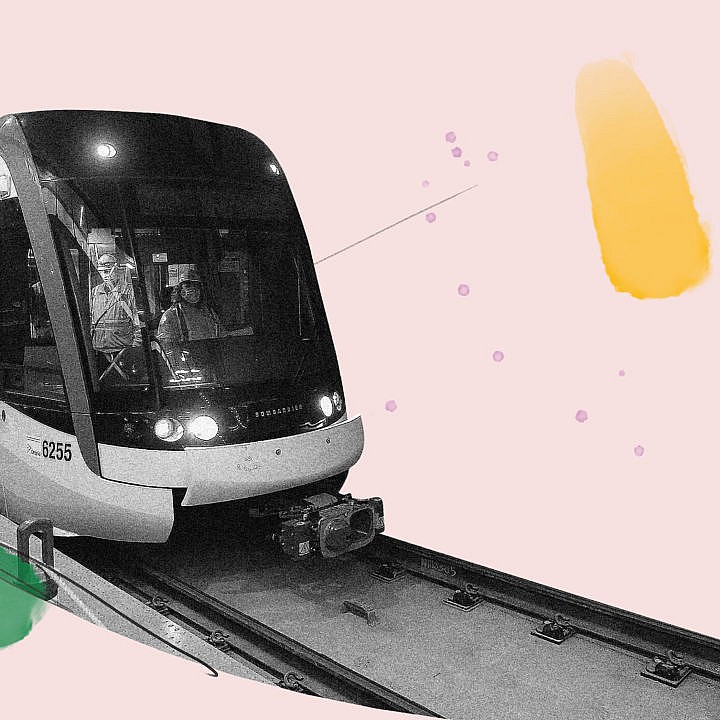 Torontonians have long referred to their public transit system as “The Bitter Way”—a snarky takeoff of the system’s slogan, “The Better Way.” They have good reason. Years of underfunding, service cuts and impossibly slow, politically fraught expansion have all taken their toll. The most recent insult is the delayed Eglinton Crosstown LRT. Begun in 2011 and originally scheduled to be running by 2020, it will now be lucky to be operational by the end of next year, leaving business owners throughout midtown Toronto increasingly desperate and furious. While the province broke ground in March on a long-overdue downtown relief line, that 14-stop subway route won’t be taking passengers until sometime in 2030, at the earliest. Or, as some Ontarians like to say, long after Doug Ford is out of office.

Last spring, Toronto’s Parkdale Neighbourhood Land Trust and Circle Community Land Trust joined forces to take over management of 637 houses from Toronto Community Housing. Designed to preserve a large swath of affordable housing, the transfer was the latest and highest-​profile example of a growing community-​organizing movement. Simply put, CLTs take land out of the market so the community can collectively own and manage it. American civil rights leaders created the concept; Bernie Sanders is a huge proponent. Closer to home, other CLTs have formed in Toronto and Vancouver, directing their efforts toward the socialization of apartment towers, laneway housing and even parking lots. Redevelopment may not be sexy, but it can be revolutionary.

This story is part of our annual “Year Ahead” guide. Read the rest of our predictions for 2023 here. 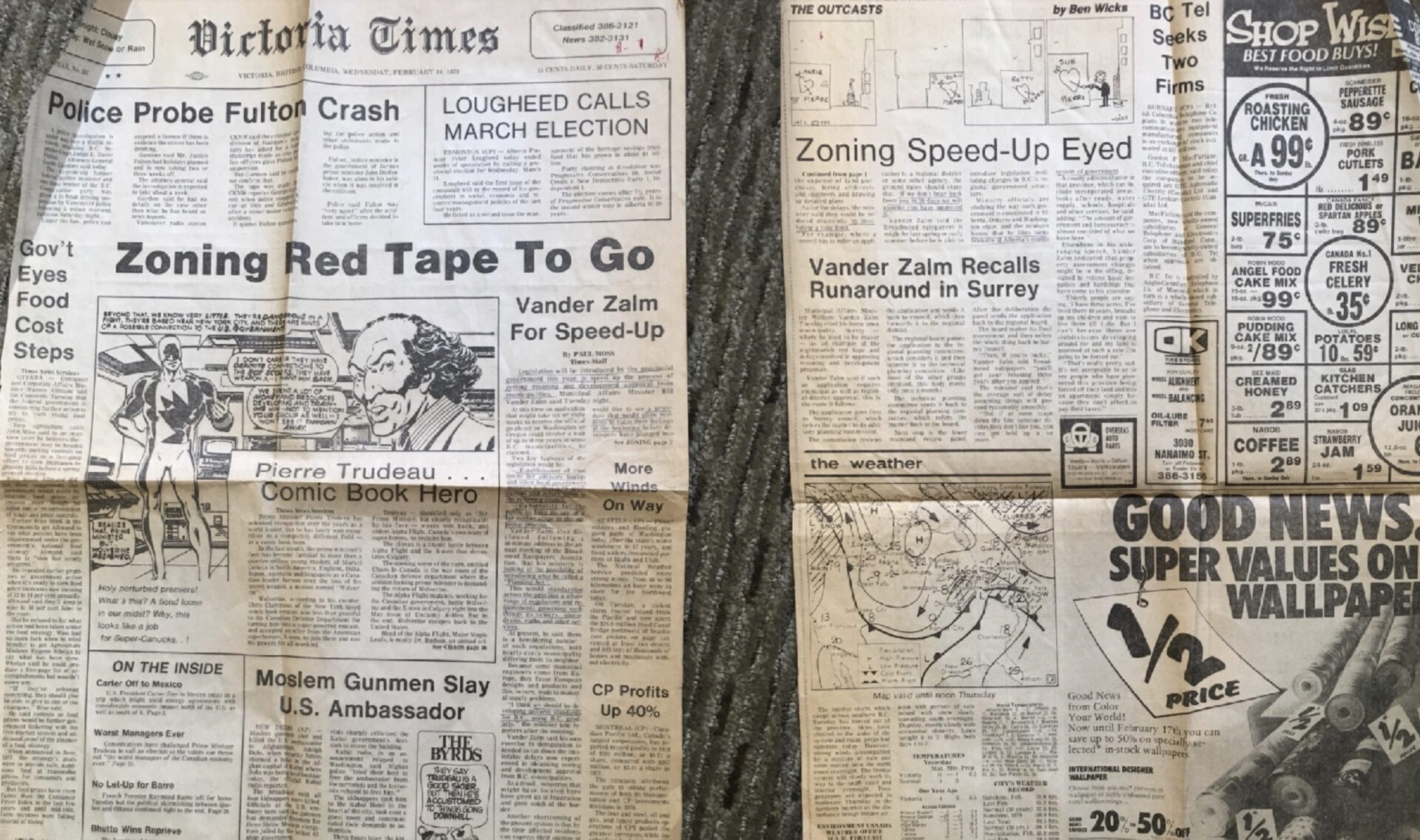