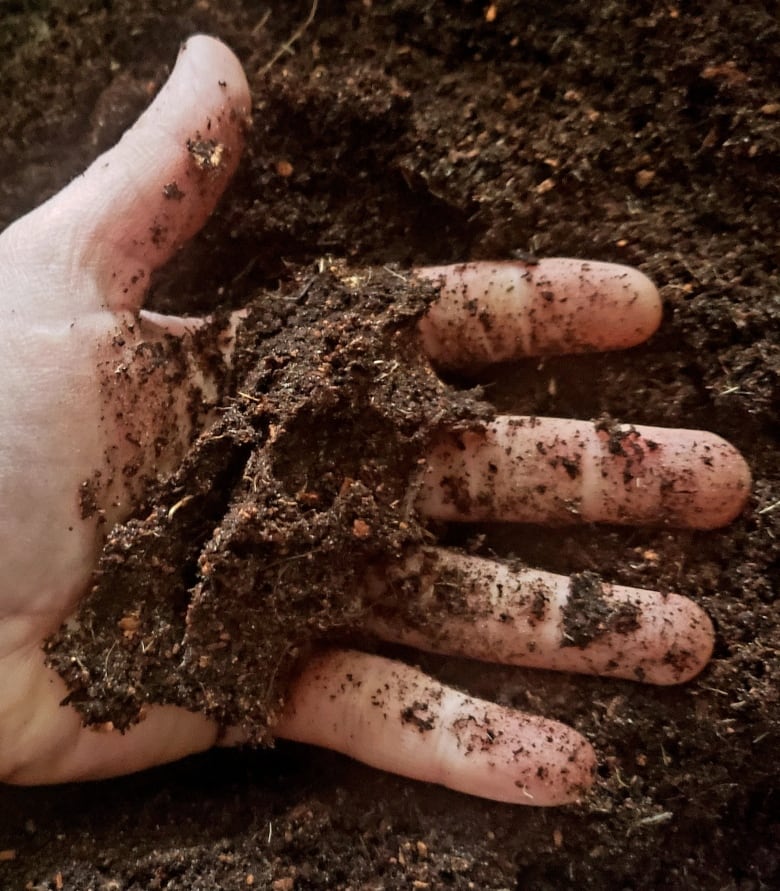 Elizabeth Bekolay has been gardening for decades. She has appreciated peatlands for even longer, but for years she didn’t realize how they are intertwined with backyard gardening.

It’s almost impossible to find store-bought garden soil that doesn’t include peat moss, she said. Peatmoss has been marketed as a key material to help people grow plants.

But Bekolay discovered there are environmental consequences stemming from the product. She learned this while researching a book set in the boreal forest and focused on the ecology of sphagnum bogs, also known as peatlands.

What’s the deal with peat?

“Peatlands globally sequester more than twice as much carbon as all the world’s forest combined. They are a powerhouse when it comes to nature-based climate solutions,” Bekolay said.

Peat moss is formed from layers of decaying matter and takes thousands of years to develop. Companies that process peat moss for sale have to drain and clear-cut swaths of the peatlands so they can get reach the moss and take it away for harvesting.

Bekolay is part of a growing movement of Saskatchewan people who want companies to leave the peatlands undisturbed.

“It’s a no-brainer. If we’re trying to mitigate climate change and account for climate sinks and protecting them, then protecting peatlands is number one.”

What to use instead of peat moss

Bekolay said it can be as simple as looking outdoors for alternatives. People can use soil on their property, sterilizing it in an oven (on a pan at 180 to 200 F for half an hour) to avoid pests or weeds.

She said this soil can be enriched with compost or broken up leaves. Bekolay has been experimenting with vermicompost (food composted with the help of worms) and coco-coir (a waste product from coconut processing) for her seed-starting mix.

Some people argue coco-coir is not sustainable because it comes from so far away, she said, but she believes it’s still a better alternative.

“If  you look at the whole [supply] chain, it’s much less detrimental than draining out a whole wetland in an area that you have to build roads into.”

Vanessa Young agrees that ditching peat moss is a good step forward, and said this in addition to other small changes can help people become more eco-friendly gardeners.

“People ask me, why is it important to garden sustainably? I ask you, why would you even bother gardening any other way?”

Young leads the gardening at the University of Saskatchewan’s outreach education programming and is also a horticultural therapist.

Young said the act of gardening alone is already a step toward a more sustainable life.

Becoming more sustainable can save people money and time in the long run, she said, adding it’s about gardening smarter, rather than harder.

One key concern is water conservation, especially during drought seasons. Rain barrels can be used to collect water in the yard and Young said mulch can help balance moisture for plants.

“It’s not magic. It’s the closest thing to magic, though,” she said.

Mulch is applied as a layer over top of the soil around plants. The mulch can also offer weed control, moisture control and retention (it helps hold water and prevents evaporation), and habitat for beneficial bugs.

“The mulch also stops soil from splashing up on plants, which sounds cosmetic but [the soil] is actually a vector for a lot of plant disease.”

Young said people should look at reusing items, so using the same trays, pots and even soil year over year.

“[Gardeners] can reuse their potting mix from year to year … up to five years,” she said.

She said people can go online to learn how to save their own seeds for the next year, and she encouraged people to stop using pesticides and be proactive about prevention. She said “problems” that arise in the garden are often symptoms of a larger issue, and one pesticide for one pest won’t address that issue.

She encouraged people to shift their perspective on their gardens, viewing them as ecosystems, not production machines.

“If there is a way to fix something or prevent something that does not involve purchasing products, that’s what we will recommend.”

She said there are free resources available online for new gardeners, including on the Gardening at USask website, which offers free advice and workshops.