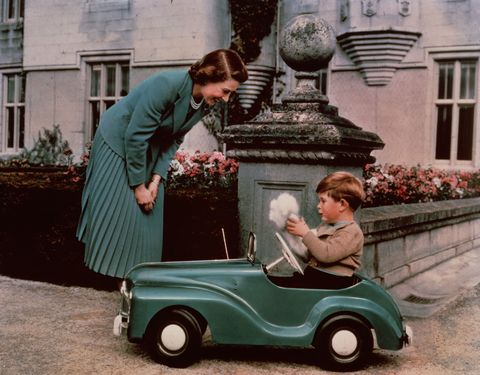 The British royal family gathered today at Balmoral Castle in Aberdeenshire, Scotland, where doctors announced that Queen Elizabeth II had died. Mourners stood at the gates of the private royal estate to pay tribute to Britain’s longest-reigning monarch and to witness this historic moment, one of many in this Scottish holiday home’s storied past.

Balmoral Castle, considered to be Scottish baronial and in the Gothic Revival style, has been one of the British royal family’s residences since 1852. Originally seducing Queen Victoria, who called it “this dear paradise,” Prince Albert bought it for her for £32,000. Architects John and William Smith were commissioned to bring the plans up to the royal standard by building a new castle and eventually demolishing the original structure. Queen Victoria later had a series of cottages built on its 50,000 acres, some of which have been recently made available to the public. The castle has since operated as a summer retreat during the entirety of Queen Elizabeth’s seven-decade reign.

As a child, young Elizabeth and her sister, Margaret, looked forward to the annual Balmoral trip all year. “It tended to be the chief landmark in their calendar. Things were apt to date from ‘before we went to Scotland’ or ‘when we got back from Scotland,’ ” writes Marion Crawford in The Little Princesses. Elizabeth would continue the annual pilgrimage with her own children, enjoying solace and serenity among the sprawling green spaces of the secluded Scottish Highlands.

Much of Balmoral Castle’s interiors incorporated Highland details such as tartans and chintzes, with floral-patterned wallpaper against pine-colored woodwork. Redecoration has since replaced the Victorian-style prints with more contemporary styles—though the floral motifs have proven timeless.

Inside Balmoral Castle one would find a regal drawing room that has proven a cozy space for audiences with prime ministers and other public figures. Whether Queen Elizabeth posed for a shoot with Prince Philip (as in the 1976 photograph below) or hosted an audience with a prime minister (as she did this week with the newly elected Prime Minister Liz Truss), this cozy traditional room offered a crackling fireplace amid historic ornamental items. In fact, much of the room’s decor remains unchanged from decades ago, including the teal-upholstered couch. 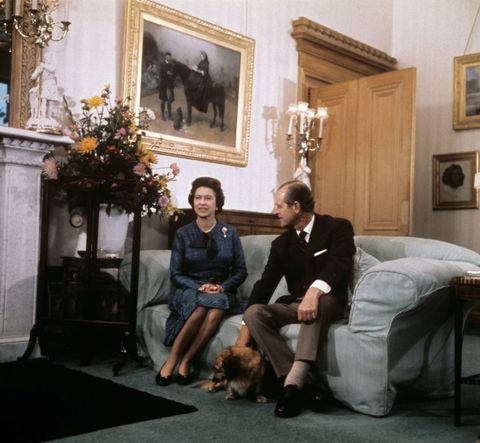 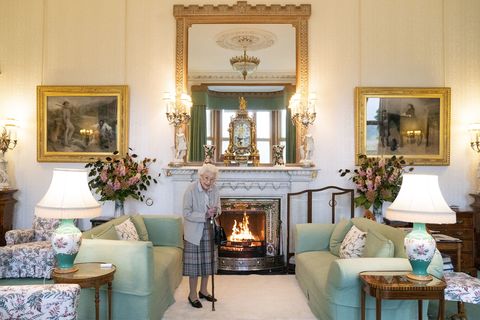 Beyond the drawing room is a spacious study, where the Queen spent many mornings dealing with dispatch boxes containing State Papers sent from London. Early photographs reveal distinctly Scottish motifs like plaid carpet. White floral fabrics speckled with blossoms (similar to those just beyond the castle walls) can be seen in the floor-to-ceiling curtains and box-pleated upholstered chairs. Leather-bound books and stately grandfather clocks are present in the room. Photographs today indicate the implementation of more modern upgrades like flat-screen televisions. 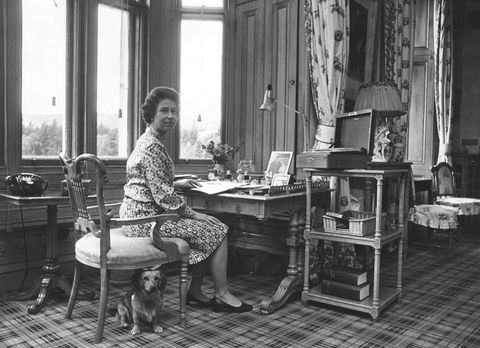 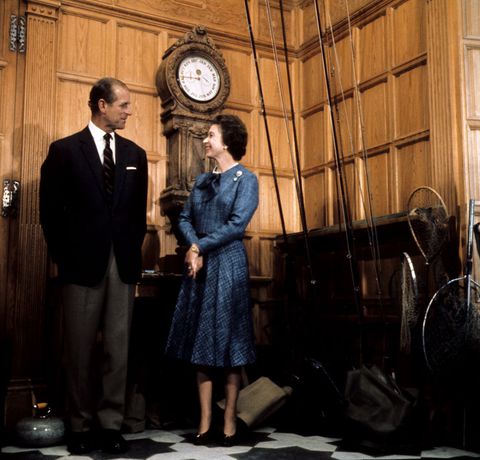 But of course it was hardly all work and no play for the royal family. Enter into the grand ballroom, where the future Queen Elizabeth would attend the annual Ghillies’ Ball, a royal summer party known in Gaelic as “ghillies,” which dates back to when Queen Victoria and Prince Albert would throw a summer party for their staff. Early illustrations indicated that during Queen Victoria’s reign, mounted stag heads lined the walls, facing enormous chandeliers and a cutout orchestral pit. Today, the decorations feature plaid wallcoverings, ornately carved wooden cabinets, and gilded painted portraits. 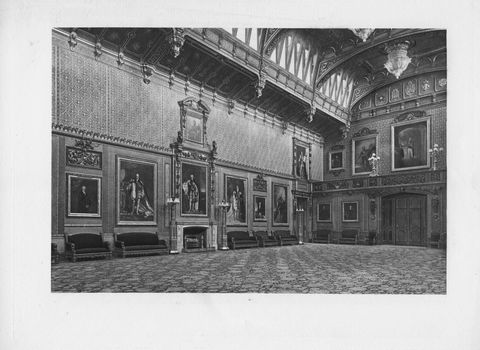 After spending much of the COVID-19 pandemic there with her late husband, Prince Philip, the Queen continued to spend her summers at Balmoral (following a rousing annual welcome event, until recently). A place filled with fond memories, it is only fitting that this historic retreat would serve as her final place of comfort in this world.

Rachel Silva, the Assistant Digital Editor at ELLE DECOR, covers design, architecture, trends, and anything to do with haute couture. She has previously written for Time, The Wall Street Journal, and Citywire.

Escape to the Chateau Angel Strawbridge’s mural is for sale

Escape to the Chateau Angel Strawbridge’s mural is for sale