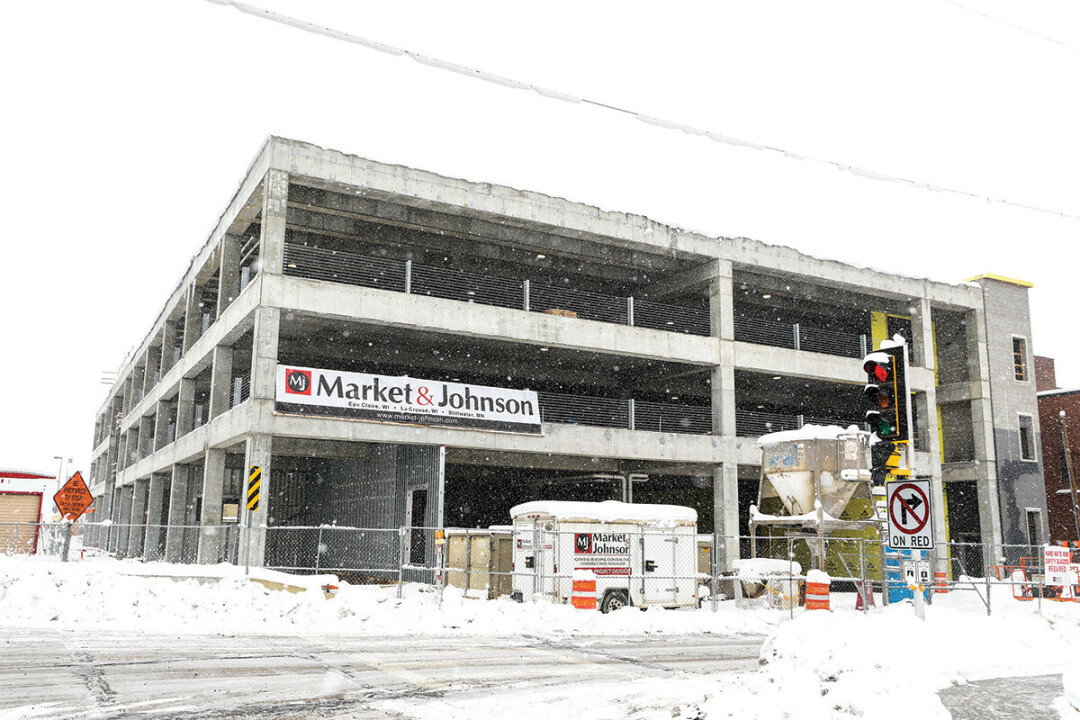 After more than a year of construction, downtown Eau Claire’s new Transit Transfer Center has taken shape, but it’s still missing a crucial element: a long-sought-after agreement with a private developer to put three stories of apartments atop the concrete structure.

Now, a city official says an agreement with a developer is nearing completion, and it may even be ready for Eau Claire City Council approval in January.

“We feel pretty confident on this,” said Aaron White, the city’s economic development manager. “The details that we’re working out are pretty minor. It’s just about getting everybody on the same page.”

White said the city has been in back-and-forth negotiations with Merge Urban Development, a company with offices in Cedar Falls, Iowa, and Madison. Merge had originally been attached to the project back in 2020, but then stepped away last year. More recently, it again entered talks with the city. On Nov. 7, the City Council met in closed session to discuss the deal’s terms and to set its negotiating strategy with Merge, which is also the developer behind the five-story mixed-use Andante building, which opened in Eau Claire this fall.

We feel pretty confident on this. The details that we’re working out are pretty minor. It’s just about getting everybody on the same page.

Preliminary plans for the transfer center call for three residential stories, consisting of approximately 81 apartments, which would be added atop the three stories that have already been built. The ground floor of the structure will be used as a hub for the city’s bus system, while the second and third floors will be for vehicle parking.

The residential floors would be privately owned and operated via a condominium agreement, and would be “workforce housing” – meaning rents would be priced to be affordable for working-class residents.

Creating this workforce housing was one of the provisions of a $5 million Federal Transportation Administration grant that the city received in 2018, which kicked off the Transit Transfer Center project. However, the federal funds are meant to be used to build the underlying transit structure — not the housing above it. That makes the negotiations between the city and the developer critical, because the agreement they reach will define the financial incentives offered by the city that will make the project affordable for the developer.

And, importantly, the grant requires that the transit center be completed and operating by 2025.

White said the project has been complicated and delayed as an indirect result of the pandemic – namely by supply-chain slowdowns and high inflation that has caused construction costs to balloon.

Cory Tietz, operations coordinator for the city, has been working closely with the project and its general contractor, Market & Johnson. While work has slowed because of the cold, Tietz expects it to pick up again in January, including on the building’s exterior, which will feature steel and glass.

Even if an agreement with Merge is reached soon, Tietz said he doesn’t expect construction on the residential floors to begin until next summer.

“The structure is ready for residential building,” he said. “We’re just waiting on the details of the agreement.”

The entire project won’t be completed until the middle of 2024, he added.