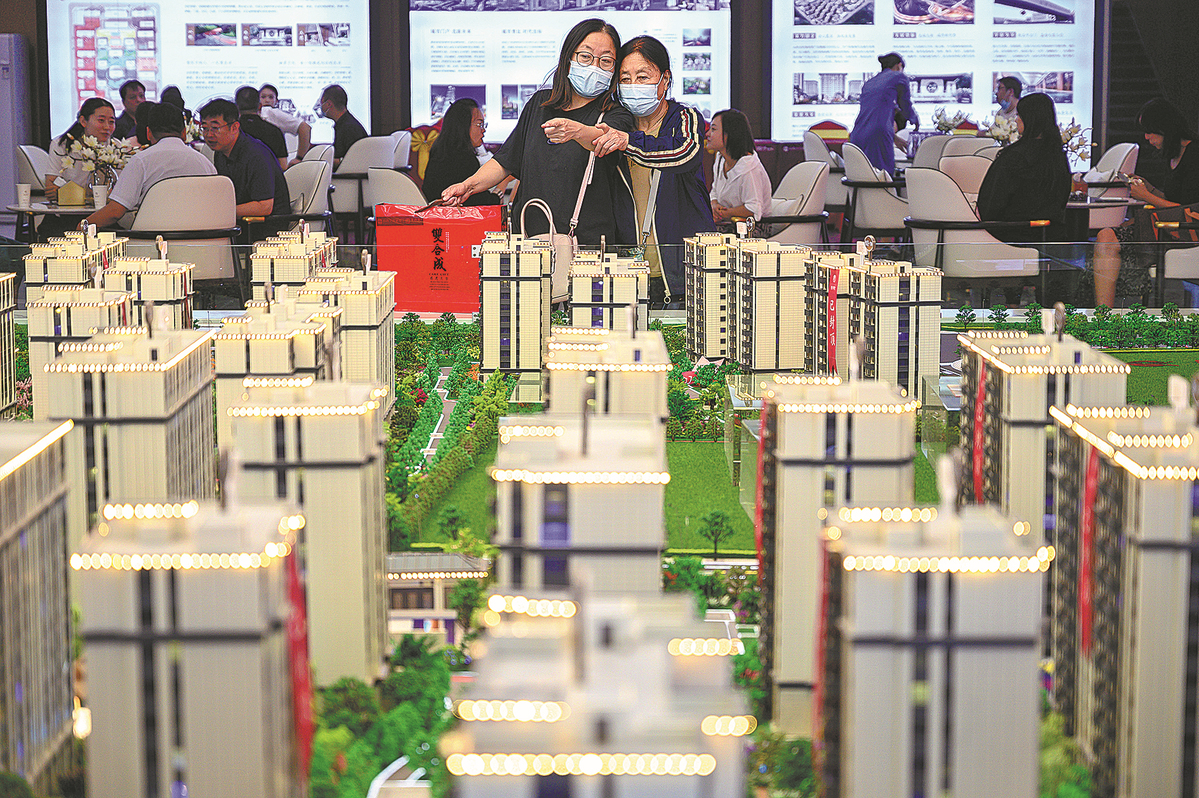 The report of the 20th National Congress of the Communist Party of China pledged to adhere to the principle of “housing is for living in, not for speculation”. Meanwhile, the nation also strived hard to stimulate housing consumption by adopting a series of incentive policy tools including lowering the transaction tax rate and relaxing the down payment ratio for mortgages. Although that might appear contradictory, it is not a contradiction to encourage appropriate housing consumption while curbing real estate speculation, since both approaches serve the general development goal of “providing all people with adequate housing”.

How is the housing market likely to develop in 2023?

Nationwide, the overheating of the Chinese real estate market has come to an end. Since the principle of “housing is for living in, not for speculation” was first proposed at the Central Economic Work Conference in 2016, the expansion of real estate development in China has significantly slowed. With the massive housing construction in the past two decades, the overall housing shortage has been generally eliminated. Data from the Seventh National Census shows that by the end of 2020, the housing floor area per capita in urban China had reached 38.6 square meters, with 72 percent built after 2000, which means the majority of the existing housing stock can basically meet modern living needs in terms of function, and the real estate industry should move into a new phase of upgrading and restructuring.

On the other hand, although the urban housing supply seems sufficient in terms of the statistical total floor area, there remain many structural issues to be refined. With the growth of the Chinese economy and the improvement of people’s income levels, residents’ aspirations and pursuit of better living conditions will not cease, and the modernization standards of housing will also continue to rise. Thus, the real estate industry will continue to be a significant driving force for the economy, with large investments required in the renewal of housing stock and the construction of public service infrastructure.

Considering the current macroeconomic background and the housing market conditions, in the next stage of real estate development, the government should strive to maintain a high-quality housing supply while also adhering to the principle of “housing is for living in, not for speculation” to avoid potential risks of financial bubbles and social instability. It is necessary to seek a new housing model that meets the two purposes simultaneously.

First, the Chinese government will continue to resolutely curb the speculation in housing to prevent bubbles and restrain the financialization trends. During the past six years, the government has used a combination of regulatory instruments to curb excessive speculation in commodity housing, and a certain degree of balance has been formed between the financial sector and the real estate market. It is reasonable to expect the policy to be sustained in the long run. However, in large cities with big population inflows and high economic growth, housing speculation is still prevalent. Appropriate tax and transaction restrictions are expected to be implemented to weaken the appreciation expectations.

Second, pluralistic entities will be encouraged to engage in the provision of high-quality housing to fill the supply gaps in large cities with population inflows. In addition to curbing speculative demand, supply-side reform is also an important aspect to tackle the soaring housing price. Recent policy developments have indicated that the government will combine the policy tools of planning, finance, taxation, and administration to encourage the construction of small apartments and rental housing, leveraging the power of enterprise and society. Recently, with land planning alterations, tax relief and other policy encouragements, many State-owned and even private enterprises have participated in the construction and operation of subsidized rental housing.

Third, the government will develop a multi-channel housing affordability system, in response to the diversified housing needs of disadvantaged people at different stages of their life, securing their right to adequate housing and thus providing individuals with equal opportunities and resources to achieve their personal development. Housing support for young people and new urban residents can help them share in a city’s job opportunities and social benefits, thus enabling the realization of common prosperity.

The views don’t necessarily represent those of China Daily.

Chen Jie is a professor at the School of International& Public Affairs and director of the Center for Housing and Urban-Rural Development at Shanghai Jiao Tong University.